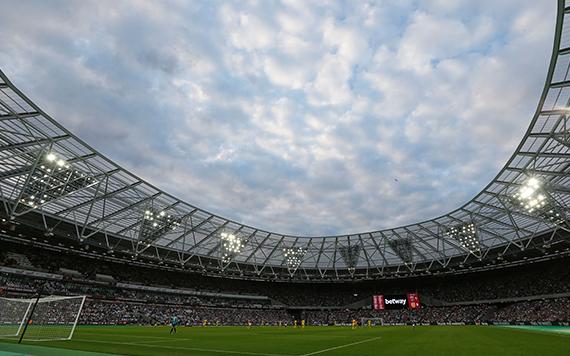 E20 and LS185â€™s parent company VINCI Stadium came to the agreement so both businesses could move forward in the direction that matches their priorities.

The operational focus remains on safety and security for all events, but the agreement is also an important step in the progress which has been made in getting the London Stadium on a firm financial footing.

It means there will be improved opportunities to maximise the fantastic potential of the venue which is already one of the biggest multi-use stadium in the UK.

The current leadership team, which has delivered a host of world-class events for the Stadium will remain under the new ownership.

E20 has appreciated having VINCI Stadium as a partner in delivering an extensive calendar of events such as this yearâ€™s sold-out Major League Baseball, West Ham United home fixtures, international athletics, Premiership Rugby Union and concerts. Events will not be affected by todayâ€™s announcement.

â€œI made it clear to the London Assembly that we were taking action to make the most of this fantastic asset for London. Now that we directly control the operation we have a simplified structure and this will give the existing leadership team the freedom to drive the Stadium forward. The Stadium is central to our Olympic legacy and the best multi-use venue in the UK. We are making real progress in making it an even better stadium for those holding events, for theÂ  millions of visitors who come to it and for all Londoners.

â€œIn the last few weeks we have come to an agreement with West Ham United concerning the ground capacity and agreed a new deal with UK Athletics which helps us both to maximise the potential of the London Stadium. We want an Olympic legacy that endures, and we can now work even more closely with our partners to achieve that.â€

â€œTodayâ€™s announcement allows us to build on the successful and world-beating events we have been putting on at the London Stadium since the Olympic Games.

â€œWe have a brilliant calendar of events lined up including the rest of the football season, a Saracens rugby match, a concert from Muse, and Major League Baseball. As a team, we are proud to deliver these, and are looking forward to embracing the opportunities that the new structure will bring.â€

â€œIn the last year our team at LLDC have taken a real grip at the London Stadium. Events, such as 2017â€™s World Athletics Championships, this summerâ€™s baseball, and football from the greatest league in the world, have already brought millions of pounds in to Londonâ€™s economy and the London Stadium is a great asset for the city.â€