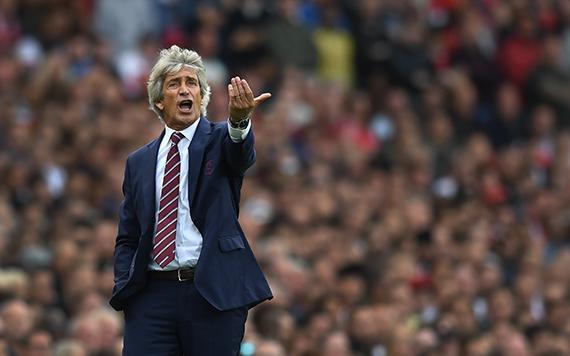 West Ham United will look to leave behind an inconsistent January by upsetting league leaders Liverpool at London Stadium on Monday Night Football.

Manuel Pellegrini has history against the team from Merseyside, overcoming them in a dramatic title race in 2014 with Manchester City, those two are set to lead the way in the league once more this season. He has faith in his team to pull off a shock as they did last month, beating Arsenal.

â€œI don't know if they are nervous or not, but I think we can beat Liverpool on Monday night because every team in the Premier League can beat another one, look at Newcastle beating Manchester City,â€ he said.

pace as we have done against a lot of teams at home so we have all the chances to do it again.Â

â€œAfter we beat Arsenal, we must improve if we want to continue being a competitive team. I see the players, they are mindful again of our project and I think we will improve.â€

Anticipating a tricky encounter with the revered Liverpool front-line, centre back Issa Diop believes there is a way to stop the trio who have scored 43 goals this season.

â€œWe know that facing Liverpool on Monday will be a tough game, but we are playing at home, so we can can win this game with the fans behind us,â€ Diop said.

â€œBefore every game I watch clips of all the strikers I am going to face so we know what they like and donâ€™t like, but a big player like him can do anything, so he is difficult to stop, but it is not impossible!â€

Into the team news, Marko Arnautovic and Lukasz Fabianski picked up knocks in defeat to Wolves, whilst Aaron Cresswell was injured in training but all could be fit for the game, but Samir Nasri misses out.

â€œWe are not sure about Marko. We need to see how the pain is in his foot, but we are just on Friday and we have 72 hours more if he will be able or not,â€ said Pellegrini.

â€œAaron Cresswell is improving. We need to test him on Saturday to see if he will be able to play and Samir Nasri needs one week more.â€

Liverpool are set to be unchanged from their draw with Leicester last week, Trent Alexander-Arnold not fit enough to return to the squad.