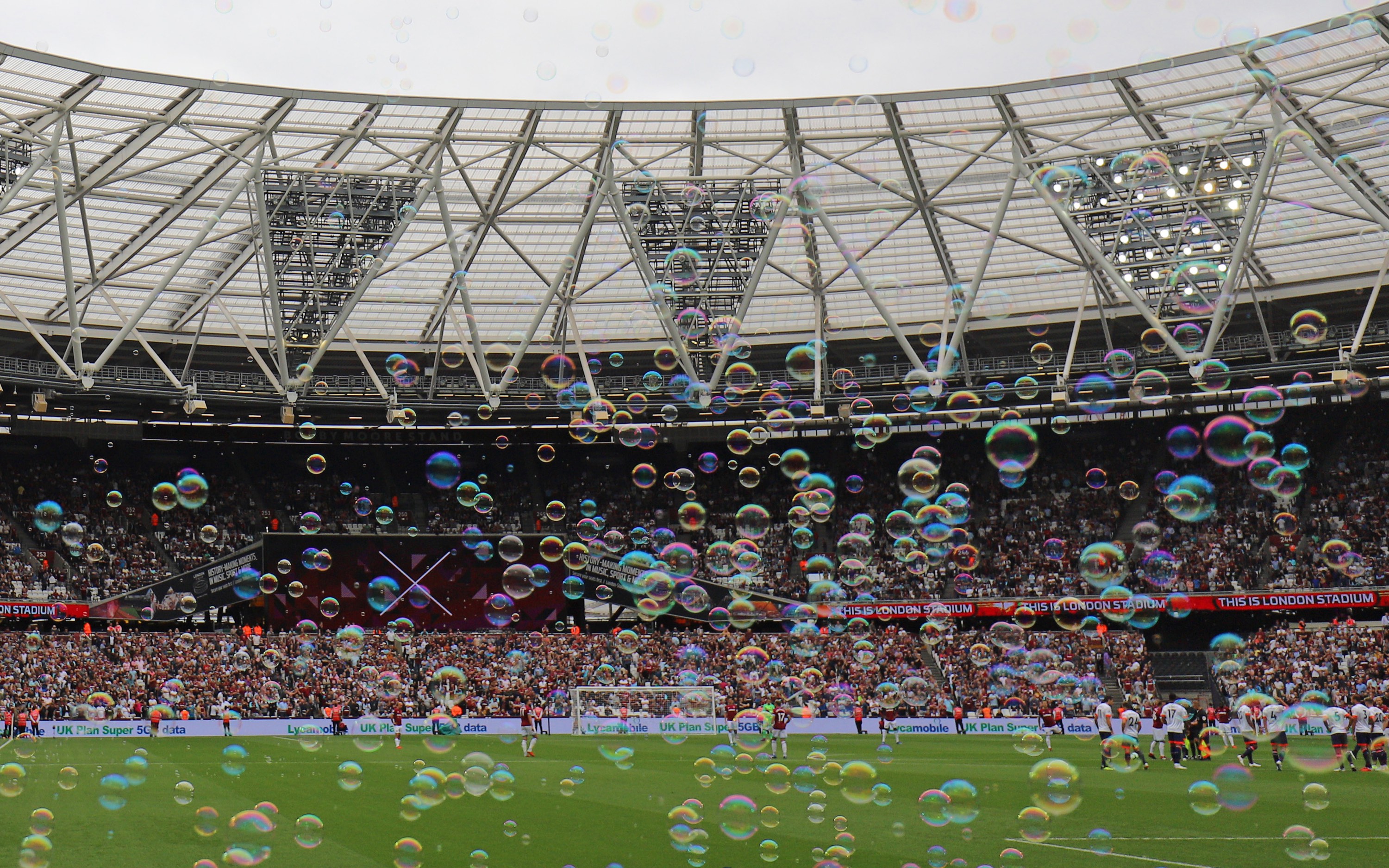 West Ham United return to London Stadium this weekend to face Everton in the Premier League, with kickoff set for 3pm on Saturday 18 January. The Hammers made an emphatic statement at the venue on New Year's Day, overcoming Bournemouth in a one-sided 4-0 victory, before being denied a late equaliser against Sheffield United by VAR in their previous league outing.

Ahead of the fixture, we’ve compiled some handy information to help you make the most of your trip to London Stadium.

We're in the process of testing our new high-speed WiFi, giving fans the chance to stay connected throughout their day at London Stadium. The WiFi network offers high speed connections to every seat in the Stadium. Connecting is simple, simply search for 'LS FREE WIFI' from your mobile device and browse away.

For more information on testing, ahead of full launch early in 2020, read more here...

London Stadium is further expanding its cashless approach to matchdays, with, a number of kiosks becoming card only from this fixture. Our cashless kiosks have led to quicker transaction times for supporters, further enhancing the match day experience at London Stadium.

Kickoff between West Ham United and Everyon is set for 3pm, with London Stadium opening the turnstiles for supporters 90 minutes ahead of the match, at 1.30pm.

Supporters can take advantage of early access drinks discounts inside London Stadium ahead of this match, with deals available for the first half hour until 2pm.

Hospitality guests for the fixture can enjoy entry to London Stadium via Entrance B on Podium level from 12.30pm.

For vegetarian and vegan fans, kiosks around the stadium will have a range of options, with kiosks in blocks 131 and 154 now offering a spinach and kale burger served in a beetroot bap. A popup street food unit will be in place in block 115, with the menu serving new items on a rotational basis. Meal deals will be available for supporters in all areas.

We're adding a challenge for fans in hospitality, who can tackle the Crossbar Challenge Giant Chilli Nachos available in Boleyn Kiosk 1 and on the Bar Food Menus in all other lounges , with a four Beer Bundle available for £15. There's also the crossbar challenge meal deal for £25, allowing fans to share the giant Chilli Nachos and four beers.

We have a new draught beer bar in place at the south scoreboard (next to turnstile E), serving bottoms-up style beer to further improve service times for supporters, a new craft ale unit at block 152, near the north scoreboard bar. Two pint cups will also be sold at a range of bars around the venue, including the north scoreboard bar and our two container bars on the Stadium island.

Our earlybird discounted offers will be in place for the first half an hour after turnstiles open.

The regime sees bag search checkpoints stationed directly adjacent to the bridges leading on to the stadium island, a process has been used throughout London Stadium’s summer of concerts and world athletics and proved particularly successful in helping the flow of spectators to the stadium.

Members of staff from West Ham United’s accessibility teams will be on hand and proactive at London Stadium, as well as providing support on key routes in and out of the venue.

Kindly note that if you have your own wheelchair, it will be left in designated areas at the owner’s risk.