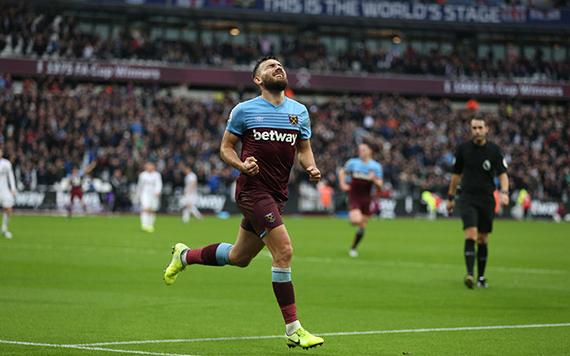 It's back to back home games for West Ham United this weekend, with their return to London Stadium to face Newcastle United in the Premier League (Saturday 3pm kickoff).

The Hammers will be looking to return to winning ways after finding victory hard to find of late, most recently being held to a battling 1-1 draw at home to Sheffield United last weekend. They did secure the double over Newcastle last season though, and this weekend's visitors last won against Manchester United at the start of October.

Kickoff between West Ham United and Newcastle United is set for 3pm, with London Stadium opening the turnstiles for supporters 90 minutes ahead of the match, at 1.30pm.

Supporters can take advantage of early access drinks discounts inside London Stadium ahead of this match, with deals available for the first half hour until 2pm, and a late offer one hour post match.

For vegetarian and vegan fans, kiosks around the stadium will have a range of options, with kiosks in blocks 131 and 154 now offering a spinach and kale burger served in a beetroot bap. A popup street food unit will be in place in block 115, with the menu serving new items on a rotational basis.Â Meal deals will be available for supporters in all areas.

We're adding a challenge for fans in hospitality, who can tackle the Crossbar Challenge Giant Chilli Nachos available in Boleyn Kiosk 1 and on the Bar Food Menus in all other lounges , with a fourÂ Beer Bundle available for Â£15. There's also the crossbar challenge meal deal for Â£25, allowing fans to share theÂ giant Chilli Nachos and four beers.

We have a new draught beer bar in place at the south scoreboard (next to turnstile E), serving bottoms-up style beer to further improve service times for supporters, a new craft ale unit at block 152, near the north scoreboard bar. Two pint cups will also be sold at a range of bars around the venue, including the north scoreboard bar and our two container bars on the Stadium island.Â

The regime sees bag search checkpoints stationed directly adjacent to the bridges leading on to the stadium island, a process has been used throughout London Stadiumâ€™s summer of concerts and world athletics and proved particularly successful in helping the flow of spectators to the stadium.